That isn’t to say that I haven’t been working out. I have been. But it’s been rather sporadic with little results (other than the fact that I can run 5km now without dying, huzzah!).

BUT I want to start these little progress journals up again. Why? Well, I bit the bullet and decided to start up with a Boot Camp class. Boot Camp is hard. Which makes sense because why call it Boot Camp otherwise?

So I figured why not document this arduous process so that all of you, the people, can get amusement from my pain? So here we go:

Boot Camp. It’s Boot Camp. So far I have done both an Interval/Metabolic workout and a Circuit workout. Both are intense. The interval workout is usually a warm-up, then twenty seconds of some excruciating exercise (I’m looking at you, jumping jack pushups!) followed by 7 seconds of wishing for death on repeat for about 45 minutes.

My desperation levels though about match this

The circuit training is another warm-up, then moving to different stations around the room like punching bag, chin-up station (surprisingly fun if not difficult), push-up station (blurgh), some weird weight thing you swing around and “The Ladder” (jumping in out and out of the rungs of a ladder) with a two minute break in the middle so you can wish for death.

I always like doing fake speed skating. And the chin-up station can be surprisingly fun…most of that is because you are hanging in a giant elastic band. Don’t ask me why, I love it. The punching bag is also one of my favourites. And I am slowly but teaching that bag who’s boss. One tiny punch at a time.

The Not So Fun Stuff:

I will always hate push-ups. Always. My weak little wrists can barely stand it. And anything with jumping. I am not the strongest jumper, so any movement that requires more than 6cm off the ground has me almost collapsing after ten seconds.

I am also on a meal plan! Sadly, many of the meals on it are things that are either too pricey for me (weird ingredients) or require a blender. So I am making do as best I can and at the very least, I have changed my diet significantly. A lot more green veggies and fruit, a lot less rice and bread. And it’s made me very aware of what I consume, so that’s a plus! If I cheat, I try to limit it to once a week, figuring that it’s better to cheat a little bit every few days rather than binge when the agony gets to be too much.

Percent I want to Murder the Instructor:

Only 30%. Unlike Jillian Michaels, he’s not on a screen and so is a lot harder to hate. His name is Rob Gordy and he seems pretty groovy so far.

How Much My Body Hates Me:

A lot. I’d say about 85% of my body hates me. If it’s not the waves of nausea I’ll feel during the workouts themselves, it’s the sore muscles who are suddenly being made to work overtime. It doesn’t help that I haven’t quite figured out how much I should eat before a workout or WHEN I should eat it so I don’t feel like fainting. Most of the workouts take place over my normal dinner time so it’s been a tough go so far.

As much as it hurts the next day, the sore muscles always give me some satisfaction that it was a job well done. And it feels good to be able to say “I’m trying” rather than complain endlessly about how out of shape I am.

The Results so Far:

Sadly, I have only been to 3 sessions in the 12 days I’ve been a part of the program. This isn’t so much due to laziness as it is the fact that I got sick with a serious sinus cold about five days after I joined. My sinuses got hit really hard and have been trying to explode out of my head for the last week or so. Today is the first day that my face doesn’t feel like somebody shoved a dirty towel inside it.

When I went last night, my body was clearly still recovering its energy from the week long battle with my sinus cavities and it was a pretty dismal affair.

Still it’s good to have someone who actually follows up with you and holds you accountable for your progress. Like the gym, most people don’t actually care what you look like in boot camp. They’re too concerned with themselves. Hopefully though it can only get better from here!

I have this friend named Kari. 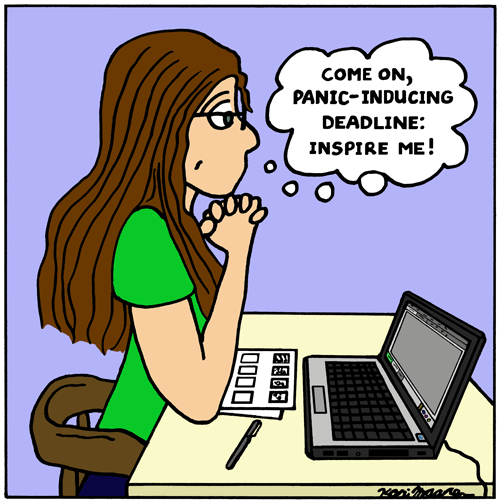 I met Kari through Errol. Much like myself, it was a bit of a shock to be the subject of such enthusiasm from a complete stranger. And also much like myself, she was suddenly sucked into the vortex of Errol’s friendship. END_OF_DOCUMENT_TOKEN_TO_BE_REPLACED

In this First World of ours, there are a few things which we know will never change. Milk will never go on sale. The PlayStation will always have better graphics but Nintendo will still kick its butt. And internet ads will always be a mildly annoying presence in our lives.

I am seriously sick of this one.

We know that to a degree, advertising is a necessary evil. People have got to get paid somehow. They need to get their product out there. Heck, it’s how most actors manage to survive in this world. 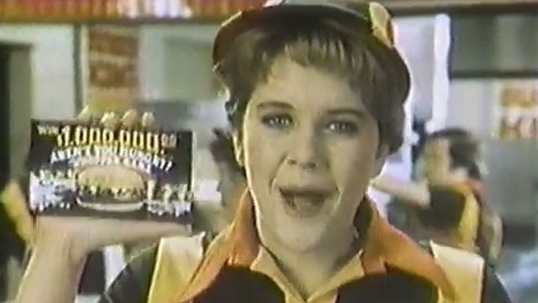 But that doesn’t stop us from sighing in exasperation when our Youtube videos are rudely interrupted by the same Cheerios ad for the twentieth time in ten minutes. Even the mildly funny ones lose their potency fairly quickly. Yes, it can be safely said that most people dislike internet ads.

My friend Errol abhors them.

Not just abhors them. You might as well be pulling his nails out.

The other day we were watching the latest episode of Doctor Who. There was the Doctor, spouting some whitty quip that would more than likely be quoted for years to come, when suddenly, BOOM, a Yellow Pages ad pops up.

Based on his reaction, this was the greatest betrayal in Errol’s life. 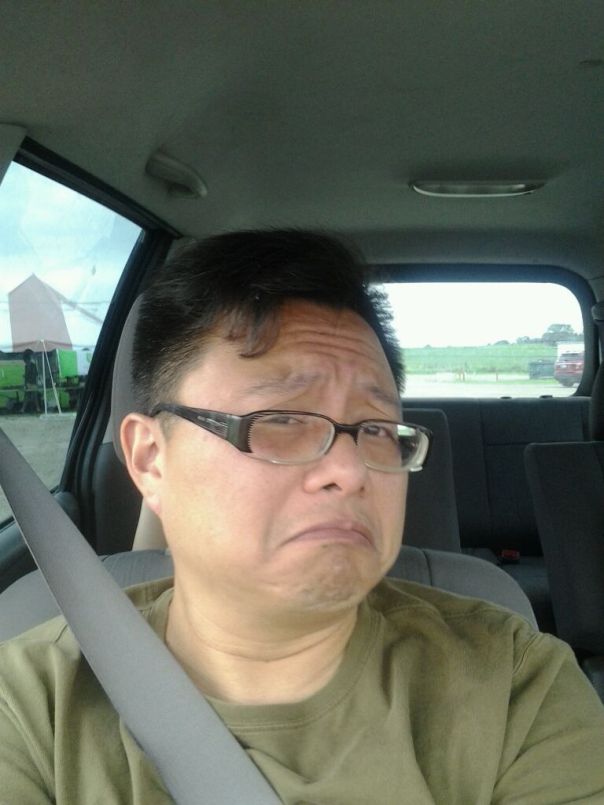 even more than when he has a milkshake

There was gnashing of teeth.

Keep in mind that this is Errol. The happiest man on earth.

If he doesn’t get to eat eggs, he might be a bit sad but then he’ll see a Totoro and be happy again.

Well, he would make anyone happy.

If a concert goes terribly? He smiles and shrugs it off. 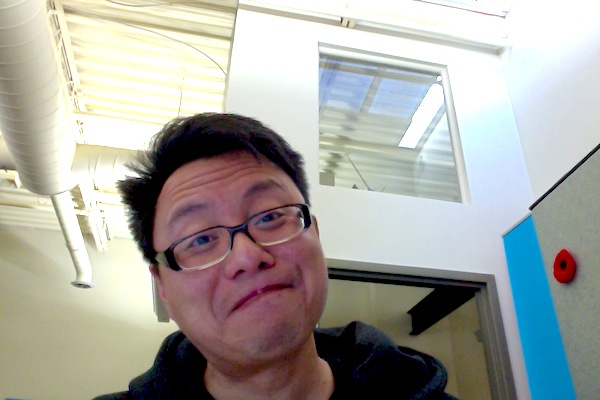 If some personal tragedy happens, he somehow finds a bright side and talks about how important it is to move on in life.

If a Youtube ad comes on, it’s the end of the world.

If it has no option to “Skip” it, God help you.

Once I had decided to try and monetize our Youtube videos (you know, because I needed an extra 5 cents just in case).

Of course those of you with a channel of any sort know the deal with monetizing. It enables advertisements.

About three hours later I got a google chat from Errol.

Errol: There are ads! Why are there ads?!

Me: I thought we could monetize…

Me: But they don’t actually play a video…it’s just a pop-up you can exit…

Errol: NO ADS! GET THEM DOWN NOW!

It remains to date the only time he’s ever been sincerely upset with me. 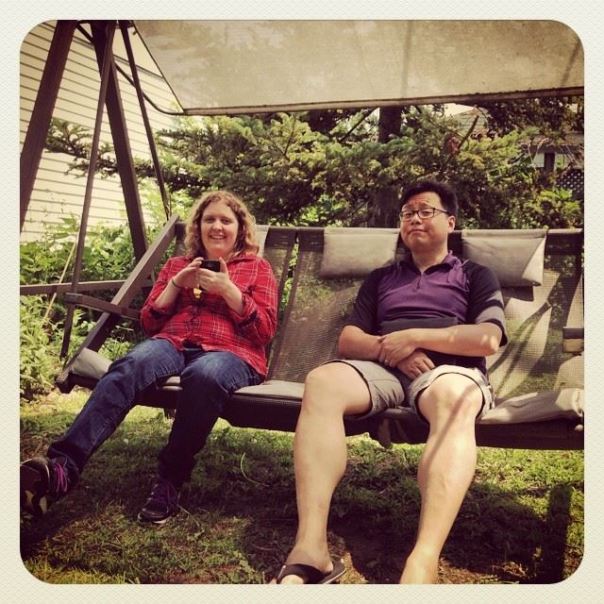 That, and when I made him film outside for 8 hours

I’m not sure what internet ads did to Errol. I assume they hurt his children somehow because “crazy protective parent” is about the only explanation for the Shakespearean rage that occurs every time they are on.

Or perhaps it’s simply that  the repetitive, lengthy sequences have stripped away all patience and joy from the happiest brain on earth. That’s a feat.

Whatever the reason, watching television online has become a new sort of experience with me. I play a game now. It’s called “Can I guess when the ad will pop up and brace myself before Mount Errol erupts?”

The answer is almost always:  No.

Me: Yeah…um…you said that ten minutes ago.

Hold Music: How I stay this chipper?

Me: You stay that chipper by staying on a loop. No, what I was actually wondering was if maybe…you could…I don’t know…change it up?

Hold Music: Change? Why change? I am the most perfect music in the world! Bah bah bah baaaah

Me: See, I’m wondering what terrible parent encouraged that.

Me: For serious? You actually gave a name of who provides this? You do realize that I will hunt down this man.

Hold Music: Hunt him down and hug him for his contributions to art?! Bah BAH BBAAAAAAH BAH

Me: Or tear his throat out so he may never make suggestions again! Look, if I have to spend another hour listening to you, could we at least have more than one song?…Hold Music?

Posted in Conversations With Stuff

Doctor Who: Into the Dalek

Spoiler Warning: This episode is described in detail. Read at your own risk! 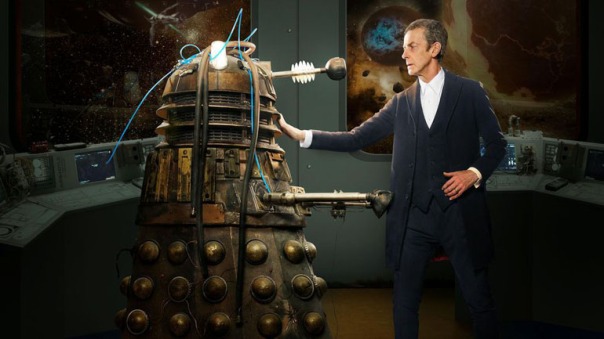 So hooray, we have a new Dalek episode. And this one breaks new ground by having the Doctor confront a Dalek in the most terrifying place imaginable: within the Dalek itself. It’s something we’ve never seen before and makes the Doctor question his nature and stuff…and… END_OF_DOCUMENT_TOKEN_TO_BE_REPLACED

Tags: doctor who, into the dalek