Errol is not known to suffer in silence. 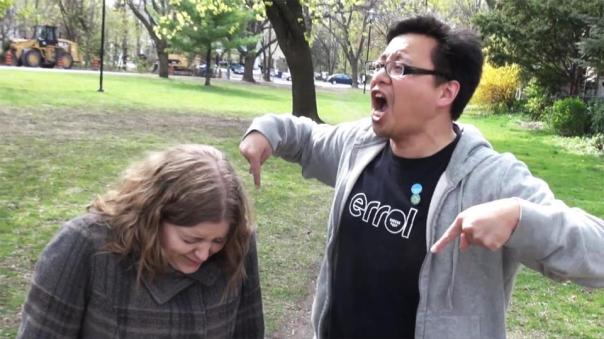 Reaction to me not seeing Totoro.

If there is something he dislikes doing, he will let you know, at length and in great detail, just how much he abhors an activity/food. Like mushrooms, which he describes as “Nature’s Odour Eaters”. 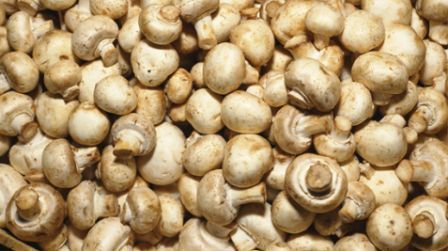 Or ads in YouTube videos (he will seriously not watch a video if it has an ad).

If this doesn’t appear….Errol will hulk out.

But no subject matter is more detested and dreaded by Errol than the great outdoors. Or just plain old “Nature”. 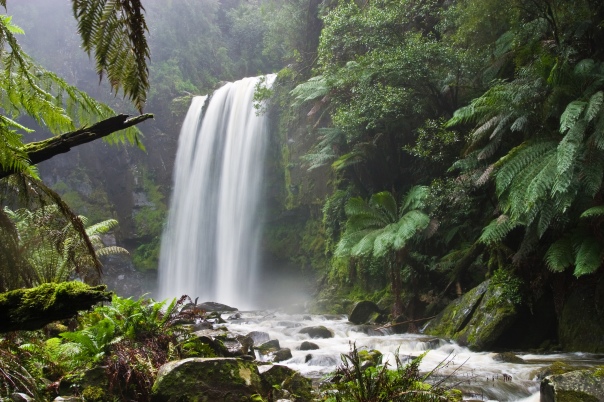 Yes, the man who loves Totoro, a movie that glorifies the natural world, is most at home in the paved, industrial urban jungle that is the city.

DON’T YOU DARE GROW A TREE IN MY YARD!

He DOES have allergies which, let’s face it, would make any of us grumpy.

But he’s also allergic to dairy products and that doesn’t stop him from scarfing down an extra large strawberry milkshake with disastrous results.

No, for some inexplicable reason, Errol simply detests all things nature. He simply cannot comprehend our need to play in the sunshine, or swim at the beach or go on hikes to be amongst the trees.

And camping? That is pretty much Errol’s version of hell: no technology, sleeping on the ground, and a severe lack of indoor plumbing. Even his wife, who he adores more than eggs on rice (and let me tell you…he REALLY enjoys that) cannot convince him to leave the car on the one or two occasions he even agreed to go. Now, he stays behind to keep everyone happy although he DID manage to go on one trip (part of that appeal was bacon and a lack of children around).

But for the most part, Errol will avoid the green, sunny parts of this world like I avoid cheese on my pizza. Whenever we are outside, Errol will go on and on: the sun is too bright. Why do we need to sit on the ground? What’s wrong with inside? Inside are where video games are. And so on. And so he hides indoors as much as possible, quite content to let us crazies run outside on our own.

It’s too bad then, that I happened to set our entire webseries outside.

It wasn’t supposed to happen at first. At first we had a diner. But compromises had to happen, and so we thought “What if we made these characters neighbours instead?”. And so an idea was born. An idea that would require all of our free time to be spent in Errol’s backyard. To me, it was a bright and cheery way to spend the day.

To Errol, it was an exercise in pain. Any moment he could, he would run off to the shade to wallow in despair at his cruel fate. 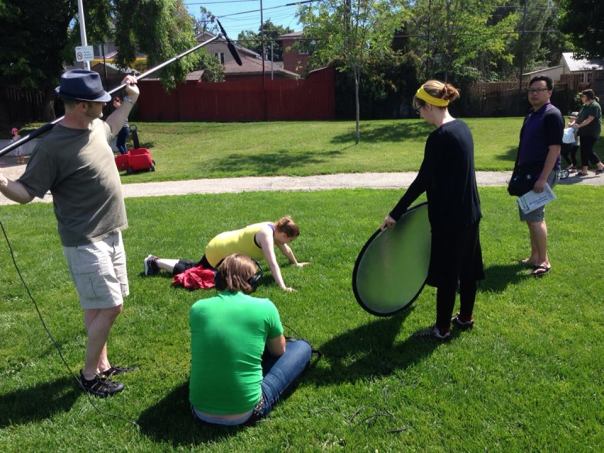 To his credit, during the actual shoot there was actually little complaint from my concrete, air conditioning loving friend. But afterward, he revealed he had sunburned his legs, practically wailing that this would not have happened had it not been for our need to keep him in the sun.

How he managed to do this when the pastiest girl in our group (spoilers…it’s me) somehow avoided sunburn even without sunscreen is a mystery to me. My only conclusion is that his skin has become wimpy in its quest to constantly be indoors. In fact, I am pretty sure he is jealous of my cool and dark basement apartment.

And in a few years, he’d look like this.

On the plus side…this could be considered minor revenge on my part for the teasings. On the minus side, the melodrama might not be worth it.

The swing was his only solace.

Posted on June 26, 2014, in My Neighbour Errol, Sidekicks and tagged my neighbour errol, nature, sidekicks. Bookmark the permalink. 8 Comments.