← 10 Soundtracks to get you in the Halloween Mood
Story Game Round-up: Sarah Is Missing →

My Name is Manda and I Can’t Play Crafting Games

It’s not limited to digital games either. I was never a lego kid. We had legos. We built little lego towns around our pool during the summers. But my job was never to build the actual houses. It was to build the story of what went on in those houses.

I preferred it that way. Anything I ever built usually took the form of basic boxes. If I was feeling particularly creative I would make room for the hole in the box that would serve as a window/door. It was not an option to make the effort to put in an actual window that the Lego set provided. 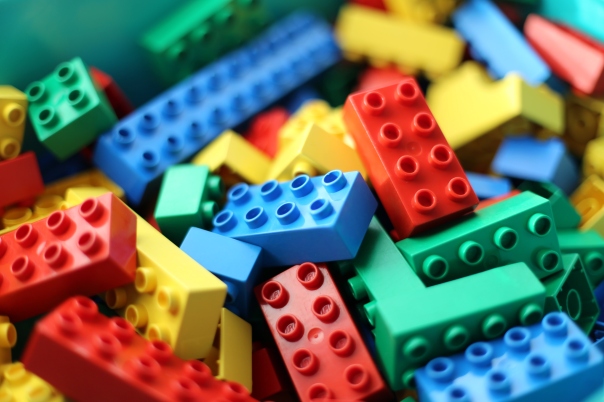 These blocks were a means to an end.

The stories my siblings and I made up though were the stuff of soap operas. There were epic and tragic storylines involving orphans and tidal waves (they lived next to the sea/pool after all). I loved it and was even happier I could depend on my other siblings to do the actual building for me.

Whenever we could get our hands on overpriced playmobil I would opt for that instead. Everything was already built and perfect looking. It meant that it was less time for me tediously attempting to build some dilapidated hut.

When the Sims came out it was much the same. My friend Kelsey had amazing houses. She made fun of me because I had square boxes with walls inside.

So when the likes of Minecraft came out, I had no interest whatsoever in it. My friends would beam and expound the virtues of the game. They would tell me that anything was possible, that anything could be crafted, that you could experiment with materials to make anything.

I tried it myself once. I chopped a tree. I hopped around. I made a tool when my friend told me how. I dug a hole. Some monsters came. I stayed in my hole. I never left. I got bored.

I suck at crafting games. 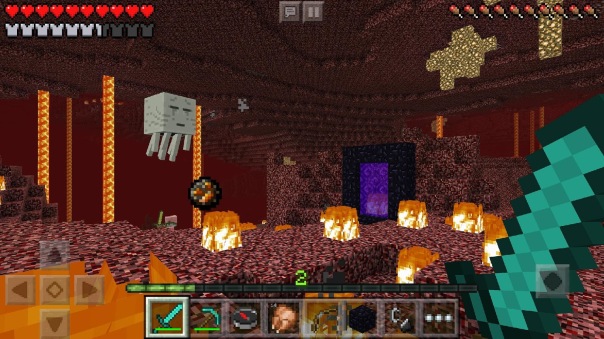 I don’t even know HOW you would begin to get to something like this.

I saw Youtube videos of grand digital cities being built and recreations of famous movies/tv shows. In all cases I was thoroughly impressed and agreed it was a great tool for creativity but remained resolute that this was not the game for me.

Errol got Terraria a couple of years later. Errol loves crafting games. He lives for them. Give him a crafting game and he will become its master within days. Terraria was no exception. When I asked him what it was like he told me it was basically Minecraft in 2D.

“Pass.” I thought but ended up reneging because while I hate crafting games I do love playing with my friends. So I bought it for myself to play online with him and his daughter. I tried single player mode first.

I walked around. I hit some slimy things. I built a hut out of dirt. It stayed up long enough to grow grass. I built a tool when Errol told me how to use it. I mined some stone. I got bored but instead of leaving I joined Errol to see his progress.

He had a castle. It was grand and complex and lit by torches. It had banners on the wall. It had a room full of chests to store the many treasures Errol had crafted or found. He now had a lightsaber as a weapon. I was still holding the default wooden sword.

I suck at crafting games.

Though admittedly getting to see all this stuff was awesome.

I don’t want to suck at them. I feel as though I have somehow failed at being a good member of society because of my inability to picture and experiment with buildings and materials.

I see many of my friends venturing out into the world of crafting games and flourish having never done anything like it before. I see them laughing and exchanging their favourite crafting stories. I see them proudly displaying their designs and am astounded by their technique.

I tried once again to attempt crafting, this time in a Minecraft clone in which we had cheat codes which would allow us unlimited access to all resources and the ability to fly. How could I go wrong with that?

I accidently set a digital house on fire in my attempt at making a fireplace. My friend’s nine year old daughter had to put it out for me and then wonder what on earth was wrong with her mom’s friends.

The closest I came to being somewhat competent at a crafting game was Don’t Starve if for nothing else than the fact that dirt hut is a luxury in that game. Even then, it was rare I would survive alone. We always waited for a server to play with each other.

I can write scripts. I can craft a narrative with a beginning, middle and end. I have comedic timing. I can cook a soup and experiment with the recipe. I can build a jigsaw in a day.

But ask me to make a pretend building and I am stumped. Ask me to make something out of the resources around me and I will be weeping in a corner when you come back to check on me.

I keep seeing ads about Lego and creativity. I see articles calling Minecraft the pinnacle of creativity. And then I wonder if something is wrong with me that I am completely unable to ever go further than dirt huts.

If this were an evolutionary issue, I would have been wiped out by now. 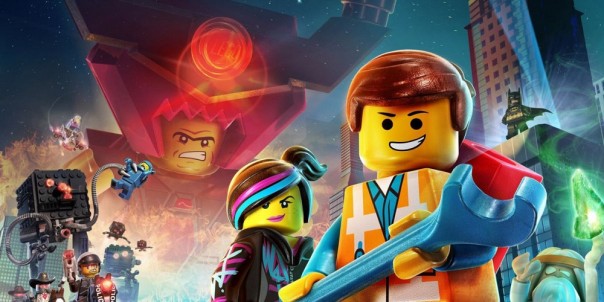 This stupid movie made me feel guilt for not being good at Lego (okay, it’s awesome, yes, but still!)

Perhaps someday I will get better at them. Perhaps I will not be left behind by those with so much more talent and/or time. Perhaps whatever is blocking my ability to visualize anything other than simple hollowed out box will dissipate and I can join the ranks of those who love crafting and resource management.

But for now I suck at crafting games and will depend on my friends to carry me through them. At least these franchises have managed to stay separate. There’s too many to keep track of. 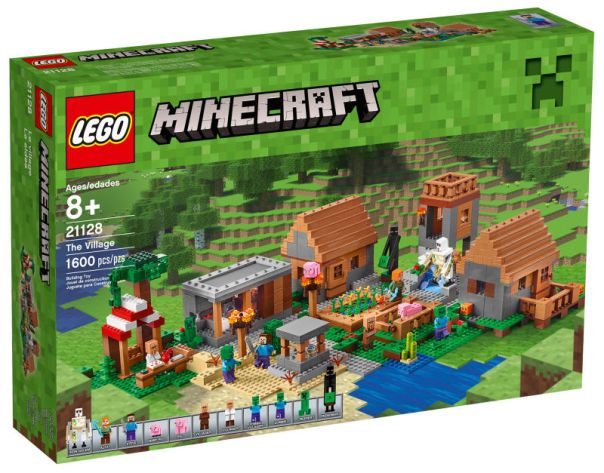 ← 10 Soundtracks to get you in the Halloween Mood
Story Game Round-up: Sarah Is Missing →